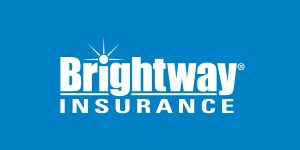 George Sterner’s Brightway in St. Cloud is the definition of a true agency partner. They began writing with Olympus in 2010 and have since grown to become one of our largest agencies in Osceola County. Aside from being wonderful business partners, he and his wife are also amazing people. Could they get even cooler, you ask? Turns out they can…

George was born in Boulder, CO, but has resided in Florida the majority of his life. He was drafted and signed with the New York Yankees out of college, where he played second, third and short-infield until he finished school. After college he became a construction manager overseeing home construction throughout Central Florida. It is this background that gives him the confidence and competitive edge necessary to help clients find the right coverage for their property. George was introduced to the insurance industry by his stepfather, who had 30+ years’ experience in the Florida market mentoring him. His wife, Lisa, was a producer for her father’s agency (another mentor) until George stole her for his own, both professionally and personally.

George and Lisa have been in Central Florida for over 10 years. They have a son, George Aloysius Sterner V (aka Georgie) and another on the way! When you walk into their inviting office, you’re immediately welcomed by their other family member, Smoke Creek’s Oscar IV, aka Oscar, a German Wirehaired Pointer. He is their office mascot and a nationally ranked bird dog. Just beyond Oscar’s smiling face and wagging tail, you’ll find the Office Manager, Marie Thompson, who has been with the Sterners since 2008 and carries 28+ years in the insurance industry. Mark Bouchard, another producer in the office, is a registered agent and a Dave Ramsey Endorsed Local Provider. Barry Bonham, yet another valued member of the team, is a registered agent and president of the Orlando Downtown Breakfast Club. Another key player is Randy Shackley, the quality assurance manager, who is a Florida native and graduated from UCF (Go Knights!). Last but not least, we have Cheryl Durham, a registered agent who describes herself as “St. Cloud Proud”. She has been in the area for 20 years, has raised 2 children and continues to spend her free time with her dog and salt water fish.

George and Lisa spend what time they get out of the office with their son, hunting, and loving on all of their dogs (Oscar, Checky (Oscar’s future girlfriend), Larry Bird (Georgie’s bird dog), and Lucia (African Kitchen Pointer AKA mutt). We at Olympus are very proud to have an agency like George’s on our team. They are like family to us, and we can’t say enough how much we appreciate their support. Thanks for everything, you guys! Tell Oscar we will see him soon!