For Don Westerfeld of Lock Insurance Agency, the industry is about people first, automation and technology second.  Don started in insurance on the advice of this stepfather, selling life insurance policies door to door, but his relationship with the insurance business was on and off at first. “I had a new baby, and I was exhausted!”, he laughs. 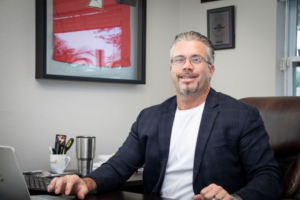 Eventually, however, Don took over handling homeowners insurance, and things started to take off. He remembers starting out working in a tiny 12 x 12 office, and slowly graduating to slightly more square footage with the addition of each new employee. Lock Insurance today consists of 2 locations, one in Davenport and one in Lakeland. “Our offices are located in Central Florida, to the east and the west of the center line,” says Don. “Nowadays, a lot of our business comes from each agent building up their own network of referrals and we’ve grown naturally to be able to service the entire state, although we don’t do much in Miami. We cover all kinds of homes, from inland real estate to coastal properties.”

It wasn’t always smooth sailing, Don remembers. “In the early days, it was tough,” he says. “We didn’t have a network – we depended on buying leads, but over time the leads degraded and got so watered down and shopped out that they were worthless. Fortunately, by then I’d realized automation and technology were the future of the insurance business.”

Don built one website, then another, and hosted his own form pages. He started generating his own high quality, authentic leads, using effective pay-per-click campaigns, video content, and SEO to drive internet traffic to his agency. Don also invested heavily in telecom and internet technologies to ensure Lock Insurance customers have 24/7/365 access to assistance – no matter what. 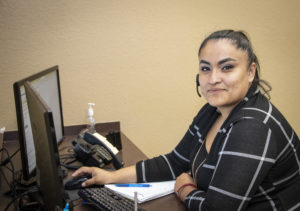 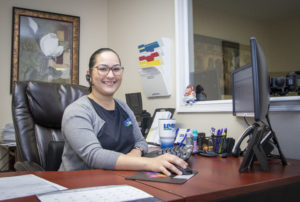 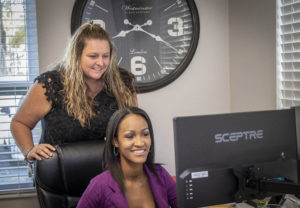 “There’s never an excuse for being unavailable to your customer base,” Don says. “After Irma, it became really clear who had been prepared, and who wasn’t ready to handle it. We had systems set up – we have two locations, we have a call center in Seattle, we have VAs in the Philippines, and we have chatbots and an app link. We were in touch with our customers before the storm even hit, giving them updates, so they knew we were looking out for them.”

Don says Irma hit Central Florida hard, but that just means homeowners need their insurers to be more accessible, not less. “There’s just no excuse to go completely dark for two weeks after a storm. You have to plan ahead. 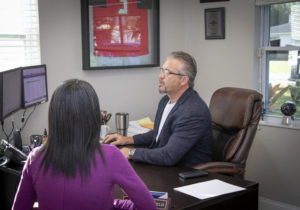 There is all of this technology available – all you have to do is use it. Our call center was taking calls Monday morning, Kim and I traded off in the afternoon returning calls, and transferring calls to the claims department. Our job was to be accessible and helpful, and that’s what we focused on.”

Don says it wasn’t just agencies that showed their true colors during Irma. “Olympus really stepped up and stood out,” he said. “Before Irma, we didn’t really have a ‘list’ of carriers we’d recommend to homeowners. After Irma, we did – and Olympus was definitely on the list.”

Olympus isn’t a top pick solely for claims service, says Don; the agency owner points to broad policies as being a primary reason his agents urge homeowners to compare on coverage over cost.

“What we’ve seen in Florida, especially in the wake of AOB legislation, is carriers stripping coverage to the bone and cutting costs wherever they can — with methods like new exclusions on coverage, and staying out of high risk zip codes altogether. When it comes to Olympus, I keep seeing incredible coverage that still manages to maintain a reasonable cost.

Don says water damage coverage specifically is one way Olympus stands out. “Just recently I started seeing new verbiage in homeowners policies about water damage,” he says. “Some carriers now say you have to report a leak within 14 days of when it starts, or your damage isn’t covered. Period. You could have a leak in a wall or under the floor and not have a clue about it for weeks. Olympus has maintained broader water coverage than we’re seeing from many other sources right now.”

Replacement cost coverage for most pool enclosures, and the broad Spartan Enhanced Coverage Package available to Olympus policyholders are two more reasons Lock agents write Olympus. “Spartan in particular is so easy for people to understand – the value is unmistakable and it’s such a breeze to sell. People love that they can get so much extra coverage for such a small cost, and it’s all in one endorsement instead of multiple riders.” 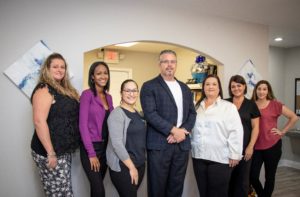 Don says working with Olympus is a smooth, easy process. If we have a question, Olympus is on it and comes right back to us with an answer. Our Sales Manager, Heidi Soukup, is obviously wonderful. She steps up and helps us out with trade shows and is only a phone call away.”

A major point in favor of Olympus Insurance in Don’s opinion is the company’s embracing of technology. “It’s the same approach I try to use – streamline, take advantage of virtual technology, automate – all with the customer experience in mind. Olympus is ahead of the game in so many ways. That’s why Olympus is a good partner for Lock and we consider them one of our go-to carriers.”

Don continues to focus on driving company growth and enhancing customer service. “What sets Lock apart?” he says. “Simple. Our team first, chatbots and automation second. Technology is amazing. It helps us help people 24 hours a day, be innovative, and find ways to actually be better than everyone else, instead of just saying we are. We’re far from perfect, but we’re working on it, with a great team, great locations, and easy access to great carriers like Olympus.” 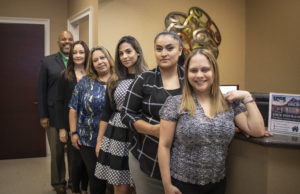 Lock Insurance is active in the local community. “We host a lot of events, with proceeds benefiting the Boys and Girls Clubs, and local schools,” says Don, who lives in Lakeland with his wife Connie. The couple have five children and three grandchildren (so far). Don notes that community spirit can reach even far away places when there are people in need.

“Kim, our office manager, organized four or five trips to the Panama City / Mexico Beach area after Michael. We partnered with a church up there, got Coca Cola involved, took a kind of a convoy up into the region with bottled drinks, paper plates, and tons of other items donated by homeowners right here in our own community.”

At the end of the day, it’s people who make everything possible, although Don maintains that technology and automation will continue to play a major role in the insurance markets.

“I’m fascinated by things like virtual claims handling and drone inspections,” he says. I’d love more carriers to bring us more into the loop with the claims process since many homeowners call us first when they have a question.